Seven artists from different parts of Africa have come together to release a track aimed at encouraging peace and unity in Africa amid xenophobia attacks in Durban, South Africa. 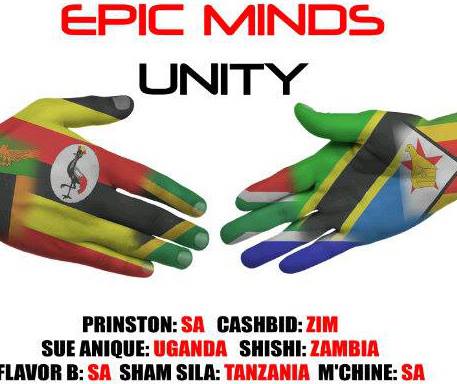 In the past two weeks, at least 5 people have been killed, many others seriously injured, shops looted and over 1 000 people displaced in Durban, South Africa.

Prolific Durban-based rapper Prinston, who is one of the three South African artists in the collaboration says ” I’m so ashamed right now to be called South African, how ignorant are we? What is happening in our streets right now stems from our leaders, how do we forget this and act like it didn’t just happen, do we want this as part of our history.”

“This is definitely going to affect our economy in a negative way. Every person living on this continent is our brothers and sisters, I’m so disappointed. I wish we could do more instead of post these updates on social media.”

The project collaboration was initiated by Epic Minds who are also the producers of the track. It was recorded in South Africa, Zimbabwe and Uganda. A video for the song is in the works.  The song is available as a free download on Soundcloud at the following link :